Starting treatment for PANDAS early on is one of the most effective ways to manage symptoms and put the disease into remission. Below we outline some of the main PANDAS treatment options that are currently available.

Pediatric Autoimmune Neuropsychiatric Disorders Associated with Streptococcal Infections (PANDAS) and Pediatric Acute-Onset Neuropsychiatric Syndrome (PANS) occur after an infection, most commonly a strep infection. Current research indicates that other bacterial, viral or environmental irritants can also cause or exacerbate persistent symptoms. PANDAS/PANS causes a child’s immune system to misdirect its response against the bacterial, viral or environmental irritants. This results in inflammation in the brain. PANDAS/PANS affects up to 1 in 200 children. While symptoms vary from child to child, the onset is often sudden and dramatic.  Because PANDAS, PANS and AE are currently considered rare disease often patients are met with resistance because the treatment is understudied and sometimes considered “off-label.”  This is often the case with newly recognized rare conditions.  Get to know other families and learn about how they advocated for treatment.

Doctors and researchers are also working to better understand important differences between PANDAS and autoimmune encephalitis (AE). These two conditions are gradually being understood as different variations in severity of a similar autoimmune attack on the brain. The Encephalitis Society and Mayo Clinic estimate that 500,000 cases go undiagnosed every year. This may be due in part to the fact that seizure activity, and lumbar puncture markers, are typical of autoimmune encephalitis.  Many times, however, autoimmune encephalitis and PANDAS or PANS cases do not have these two markers. For example, research has not shown reliable seizure or lumbar puncture markers in PANDAS or PANS. So it is often difficult to receive a diagnosis from a neurologist. Currently, rheumatologists are increasingly the ones diagnosing PANDAS/PANS since they focus on more detailed immunological testing.

What treatment options are available for my child?

If treated early and in a timely fashion, PANDAS/PANS can enter remission entirely, especially in younger children. Early treatment is also important to minimize relapses, which tend to increase in duration and intensity with each episode. Untreated PANDAS/PANS can cause permanent debilitation and, in some cases, can become encephalitic. It is important to eradicate strep infections as well as any other repeat infections, which can cause serious problems.

Treatment for PANDAS addresses different aspects of the disease or its symptoms. Some treatments, like antibiotics, can help control or reduce symptoms of PANDAS (including OCD, anxiety, depression and tics). Other treatments, like IVIG therapy, address the underlying infection and autoimmune reaction that causes PANDAS. There are also non-invasive options like over-the-counter anti-inflammatory drugs that help control the inflammation caused by the autoimmune response.

Research is ongoing to determine which treatments are most effective for different cases of PANDAS. Below we outline several of the most common and effective treatment options.

Intravenous immunoglobulin replacement therapy (IVIG) involves the use of an immunoglobulin solution to treat immune deficiencies, encephalitis and other medical conditions. Immunoglobulin or Ig (also known as gamma globulin or immune globulin) refers to the liquid plasma component of blood that contains immunoglobulins or antibodies. These antibodies have the important role in the immune system of correcting misdirected immune processes that could occur. They also enhance the phagocytosis and destruction of bacteria, certain viruses and other pathogens.

IVIG does not correct the underlying deficiency in antibody production but rather replaces the missing Ig in a person’s bloodstream. So multiple rounds of Ig replacement therapy may be necessary. There is still a lot that researchers don’t fully understand about the exact mechanisms through which IVIG helps treat PANDAS. IVIG has been shown to be helpful with the harmful inflammation caused by many autoimmune illnesses. But the exact causative mechanisms are not yet clear.

A consortium of physicians and researchers endorse using IVIG treating PANDAS. This because they view PANDAS as an autoimmune irregularity that causes encephalitic-like inflammation. A National Institute of Mental Health study on IVIG showed a 60% mean reduction in symptoms for PANDAS patients. The healing process unfolds gradually over several months, and any form of infection can exacerbate symptoms. So it’s especially important to carefully manage exposure to illnesses during this period.

Read more about IVIG and PANDAS to learn what researchers are discovering about this promising treatment.  Although it is a promising treatment, the American Medical Association considers it off-label.  A clinical trial of IVIG is ongoing to gather evidence of its efficacy.  https://www.pandasppn.org/ivig-study/

Plasmapheresis (apheresis) or plasma exchange (PEX) is a process during which harmful autoimmune antibodies aka “auto-antibodies” are removed from the blood. It is different from IVIG in that it removes the auto-antibodies that many researchers think play a role in the development of PANDAS, rather than introducing healthy donor antibodies into the bloodstream to destroy bacteria, other viruses or the reaction to them. Both plasmapheresis and IVIG can only occur in a hospital setting, and repeat treatments may be necessary in some cases.

The American Society for Apheresis lists plasma exchange as an accepted first-line therapy, either alone or coordinated with other treatments for PANDAS exacerbation. In a small, randomized-controlled trial, researchers found that plasmapheresis improved symptoms significantly when compared to a placebo. On average, patients improved by 65%, with several children experiencing near-complete symptom resolution, often within a week or two of completing a series of plasma exchanges.

Because plasmapheresis is an invasive procedure that carries significant but manageable risks, it should be done only in pediatric apheresis centers. Expected adverse events are mild and include vasovagal episodes related to needle insertion (<1% of cases) and cutaneous paresthesias related to citrate-induced hypocalcemia. Plasmapheresis should always be administered with long-term prophylactic antibiotic treatment.

Despite this, few healthcare providers offer plasmapheresis for PANDAS and PANS. Those who do have reported seeing symptoms improve even while the procedure is still occurring. When a child presents severe symptoms that are possibly life-threatening, plasmapheresis may be the preferred method of treatment due to this quick response rate.

Antibiotics are a temporary measure to reduce or put into remission certain symptoms of PANDAS/PANS. They will not “cure” PANDAS but can help with symptoms that occur because of brain inflammation, including OCD, anxiety, tics and more.

So-called “beta-lactams” are the most effective antibiotics for GAS (Group A Streptococcal) infections. These include penicillin, amoxicillin (including Augmentin) and cephalosporins. Erythromycin, azithromycin and clindamycin are also reported to be effective in the treatment of GAS infections. However, areas of the country show regional resistance. The response to antibiotics may happen quickly, in some cases putting OCD, anxiety or other comorbid symptoms of PANS/PANDAS into full or partial remission within 24-48 hours. However, the typical response happens after a week or two of therapy.

Some doctors who are members of the PANDAS/PANS Research Consortium will provide initial treatment with antibiotics for several weeks to see if they resolve neuropsychiatric symptoms. The type of infection will dictate the type of antibiotic needed. If there’s no visible improvement after 10-14 days, a physician may consider an alternate class of antibiotic treatments for another 10-14 days. If antibiotics produce significant symptomatic improvements, they may be continued at treatment-level doses for an additional 2-4 weeks. You can learn more about specific antibiotic treatment timelines here.

Doctors may also use “prophylactic antibiotic treatment” to prevent certain symptoms from returning or flaring up again. Some physicians may recommend that a child with PANDAS remains on prophylactic antibiotics in accordance with the rheumatic fever (RF) guidelines established by the American Academy of Pediatrics (AAP) Journal. Children who have had Sydenham’s chorea, rheumatic fever or PANDAS have a risk of developing a more severe symptom relapse upon reinfection with strep. Prophylaxis works to prevent reinfection.

Some research shows that oral nonsteroidal anti-inflammatory drugs (NSAIDs) such as ibuprofen or naproxen may be beneficial for PANS/PANDAS patients. These medications appear to be particularly useful for exacerbations (or “mini-flares”) which occur in the weeks following immunotherapy. Assuming that the PANS or PANDAS condition is the result of an immune system disorder, reducing inflammation can have a beneficial effect for patients.

This study assessed a group of 95 PANDAS/PANS patients with at least one neuropsychiatric deterioration (flare). Some received NSAIDS after the flare onset and at least seven days after. Others received “prophylactic NSAID treatment” in which the NSAIDs were used before the onset of a flare, with subsequent use through the duration of the flare. Another group received “early NSAID treatment” with the introduction of NSAIDs within 30 days of the flare onset.

The conclusion of the study found that “NSAIDs given prophylactically or within 30 days of flare onset may shorten neuropsychiatric symptom duration in patients with new-onset and relapsing/remitting PANS and PANDAS.”

It’s important to remember that if treated early and in a timely fashion, PANDAS/PANS can remit entirely. Possessing research and knowledge can help you to make the best decisions for your child’s treatment. Stay connected with PANDAS Network for more information, and browse our clinician resources if you’re looking for ways to help educate your child’s doctor about this condition. 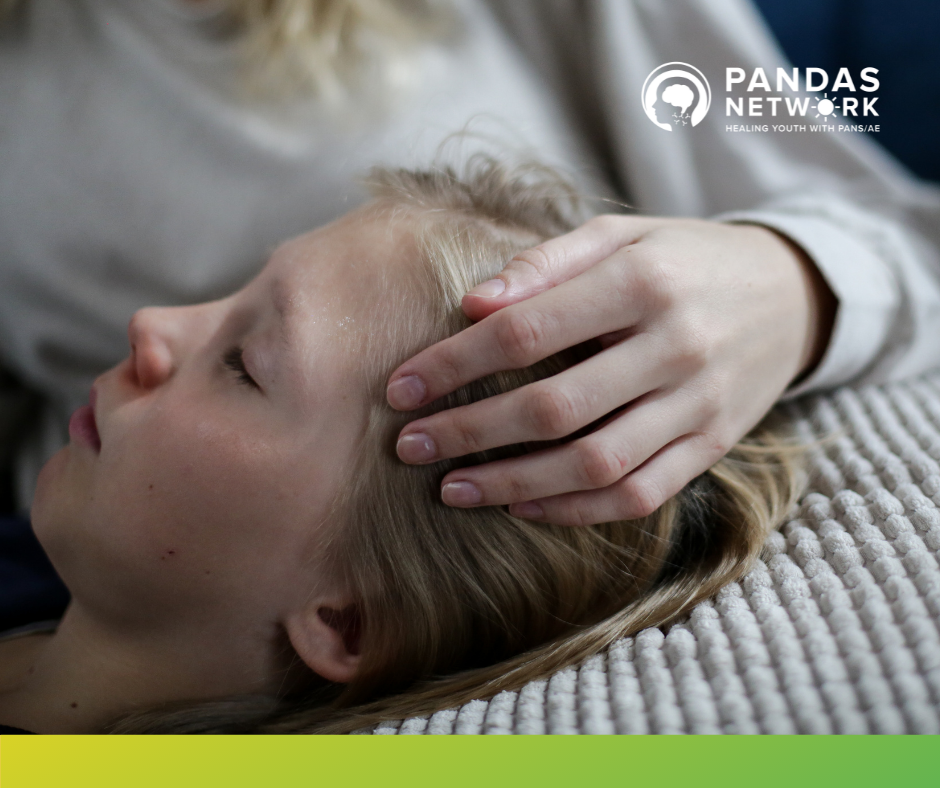 Strep throat is incredibly common among children and young teens. In fact, 30% of sore throat cases in children aged 5 to 15 are caused by strep compared with 10% of cases in adults. Strep is so common that it can be easy to assume an emerging infection is just ... 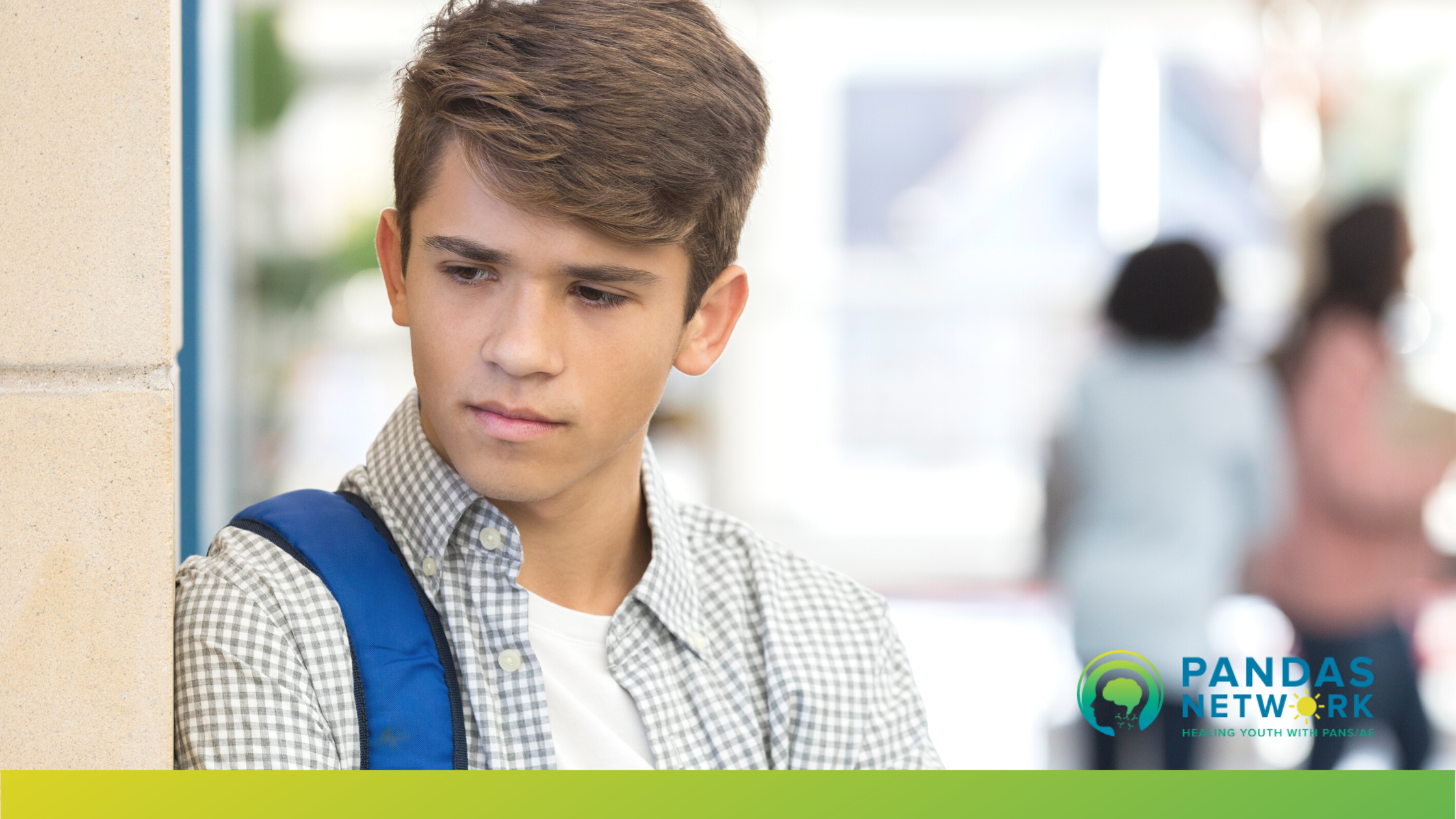 After a strep outbreak in their household, Melissa’s 12-year-old son John began experiencing severe depression and symptoms of numerous psychiatric disorders. Following a 3-year journey to get an accurate diagnosis and effective treatment, both John and his younger sister Elizabeth were diagnosed with PANDAS. Read Melissa’s PANDAS story below, as ... 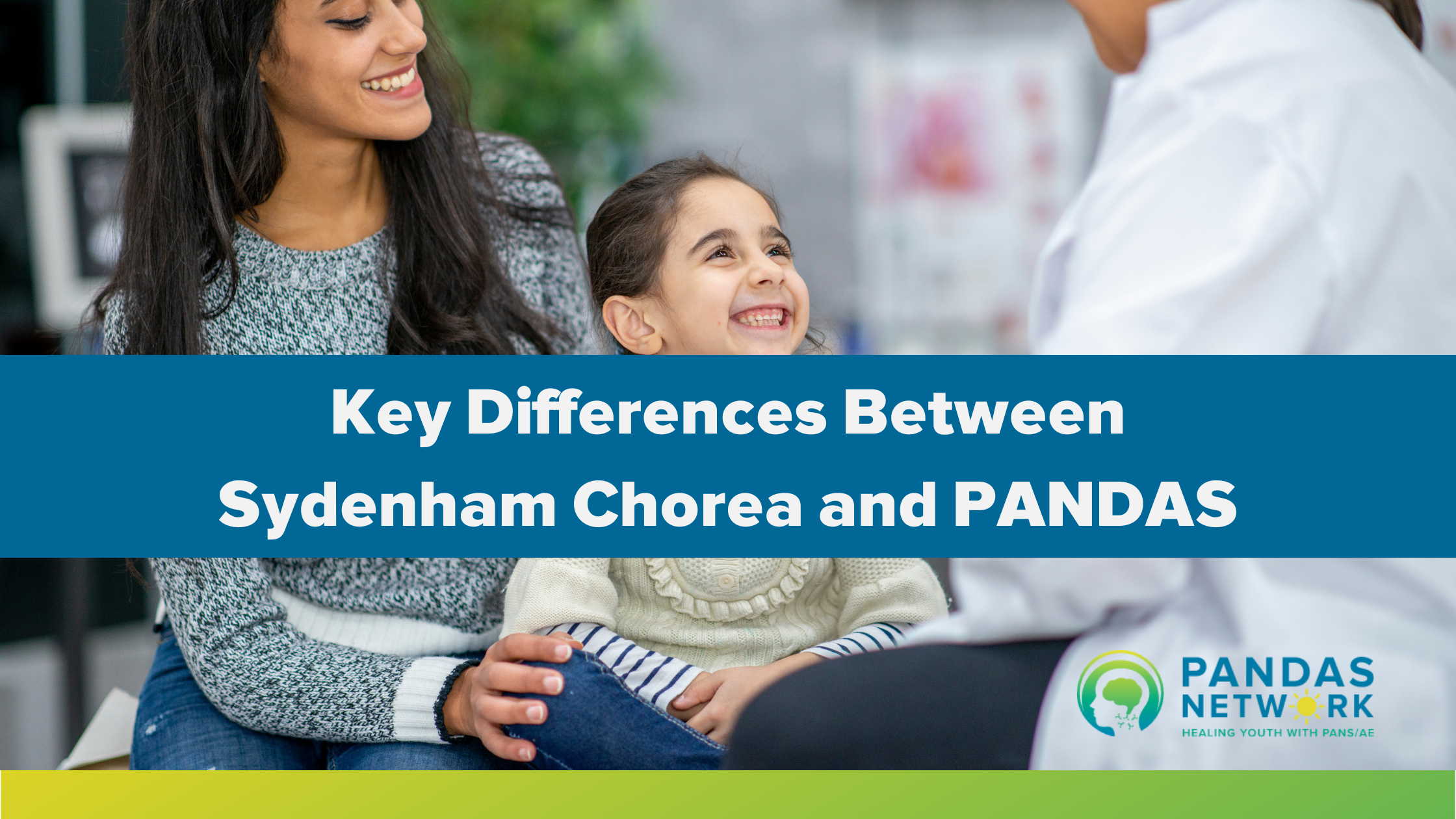 A recent study has helped clarify how dopamine receptors and autoantibodies help identify symptoms in children with Sydenham chorea and PANDAS. Dr. Madeleine Cunningham and Dr. Chandra Menendez are authoring a study outlining how autoantibody activation of D1 and D2 dopamine receptors may help create new diagnostic criteria for PANDAS. A new ...